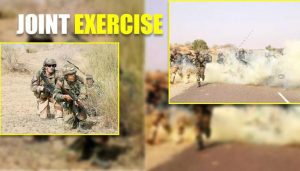 navies of India and France will organize the sixth edition of the biennial training exercise “East Power 2021” From November 15 to 26, 2021 In Freges, France. Who will represent the Indian Army? Gurkha Rifles Infantry Battalion and French Army Will be represented by soldiers of the 21st Marine Infantry Regiment 6 Light Armored Brigade.