AB de Villiers announces retirement from all forms of cricket 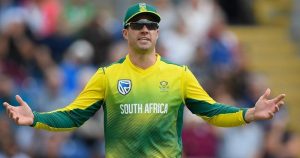 former captain of south africa AB de Villiers Announced retirement from all forms of cricket. He already. had retired from international cricket in 2018 However, AB de Villiers was still playing Indian Premier League (IPL) For Royal Challengers Bangalore (RCB), since joining the franchise in 2011. The 37-year-old made the announcement, ending a career spanning 17 years that saw him play in 114 Tests, 228 ODIs and 78 T20Is for the Proteas.

AB de Villiers has played 156 matches for RCB and scored 4,491 runs. He is the second all-time leading run-scorer after Virat Kohli and has the second and third highest individual runs in the history of RCB with 133* against Mumbai Indians (in 2015) and 129* against Gujarat Lions (in 2016).