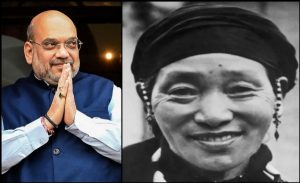 Union Home Minister, Amit Shah laid the foundation of ‘Queen Gaidinliu Tribal Freedom Fighters Museum’ In Manipur, through video conferencing. The museum will be set up in Luangcao Village Tamenglong district of Manipur, Which is the birthplace of the freedom fighter Queen Gaidinliu. The proposed museum is being set up at an estimated cost of Rs.15 crore. Ministry of Tribal Affairs. Such a museum in the honor of freedom fighters will inculcate the feeling of nationalism among the youth.