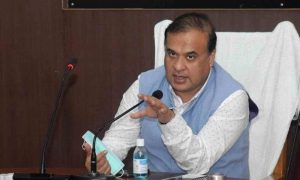 Assam state chief minister Dr Himanta Biswa Sarma Assured jobs for all National Sports Medalist of Assam From now on. He also mentioned that all those who have won medals in the National Games for Assam so far will be given Sports pension by the state government. He expressed hope that this decision will help the players of the state.

The Chief Minister also announced that the House would send a goodwill message to the boxer. lovlina borgohain Who will be competing for the medal Tokyo Olympics. The Chief Minister talked about increasing the sports pension on the sixth day of the meeting of the Assam Legislative Assembly. Apart from this, the minister also said that the government is planning to increase the pension of the players from Rupee. 8000 to Rs. 10,000.