Aviq Sarkar re-elected as President of Press Trust of India 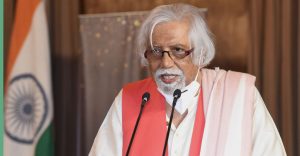 Aveek Sarkar, Editor Emeritus and Vice President of Anand Bazar Group Publications, re-elected President of Press Trust of India (PTI), The country’s largest leading news agency. Sarkar is a man of diverse interests and counts books, food, wine and art as his prime loves. He was the captain of Royal Calcutta Golf Club (RCGC) for 10 years. PTI’s board of directors in its meeting confirmed the government’s re-election for a two-year term.

KN Shant Kumar, Director of The Printers (Mysore) Pvt Ltd. Ltd., which publishes the Deccan Herald and the Kannada language daily Prajavani, was elected as the Vice President.