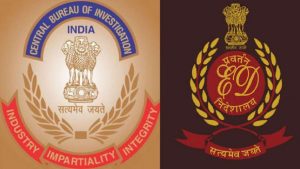 The central government of India issued two ordinances to extend the tenure of directors. Enforcement Directorate (ED) And Central Bureau of Investigation (CBI) for up to five years. At present, the directors of CBI and ED have been appointed for a two-year term in office. Central Vigilance Commission (CVC) Act, 2003. The order said that “While Parliament is not in session and the President is satisfied that circumstances exist which are necessary for him to take immediate action.”

President Ram Nath Kovind has given its assent to the ordinance and the central government is expected to introduce a law in Parliament to replace it. As per the new ordinance, the directors of CBI or ED can now be appointed for a period of two years first, and later if necessary, the tenure can be extended for three more years. But that would require three separate annual extensions. However, no extension of service can be given to the ED or the CBI chief after five years.