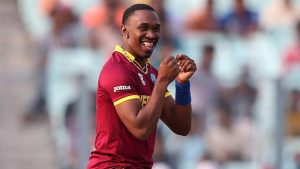 Trinidadian Cricketer Dwayne Bravo, former captain of West Indies cricket team He has confirmed his retirement from international cricket. He has played in all seven T20 World Cups and has been part of the West Indies team that won T20 title in 2012 and 2016. he has scored 1245 runs He has taken 78 wickets at an average of 22.23 and a strike rate of 115.38.