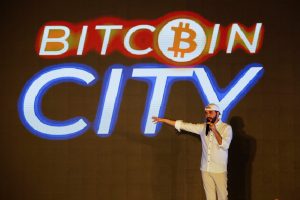 Protector President nb watch has announced that the country plans to build the world’s first “Bitcoin City”. The new city is planned to be developed in the eastern area of ​​La Union and will initially be funded by bitcoin-backed bonds. It will receive geothermal power from the volcano. Bitcoin City will not impose any taxes other than Value Added Tax (VAT). Half of this levied VAT will be used for bonds issued for the construction of the city and the next half will be used to pay for services like garbage collection.