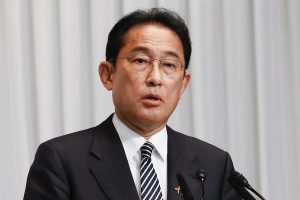 Fumio Kishida, leader of Liberal Democratic Party (LDP) has been re-elected as Prime Minister (PM) of Japan Following the victory of the LDP in the 2021 Parliament elections. Fumio Kishida succeeds yoshihide suga Who resigned as the Prime Minister of Japan in September 2021.

Elected by parliament a month earlier, Kishida called a quick election, in which his governing party won 261 seats in the 465-member lower house – the more powerful of Japan’s two-chambered legislature – while maintaining a free hand in advancing legislation. enough for. Parliament.