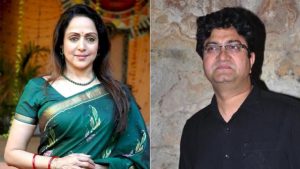 Actor and BJP leader Hema Malini, and lyricist and former CBFC chief Prasoon Joshi will be facilitated with Indian Film Personality of the Year Award International Film Festival of India in 2021. His contribution and his work in the field of Indian cinema spanning decades has enthralled audiences generation after generation.

Malini is a two-time MP from Mathura, and Joshi was appointed by the government in 2017 as the chairman of the Central Board of Film Certification (CBFC). Joshi has previously written a campaign song for Prime Minister Narendra Modi, when the BJP leader was declared the party’s PM candidate ahead of the 2014 general elections.