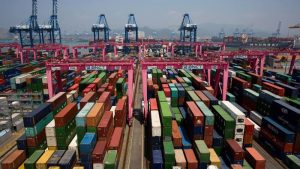 Preliminary figures released by the Ministry of Commerce and Industry, India value of goods exported $37.29 billion In December, Highest ever in a month as the demand for engineering products, petroleum items and items like gems and jewellery continues to rise. India’s exports have increased 37 percent From December 2020 data. Imports have also increased by 38 per cent as compared to last December. India’s goods exports will cross $400 billion in this financial year.

Get more news on the economy here