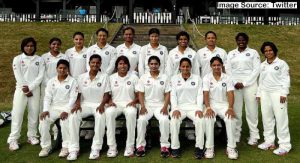 Australia played the first pink ball Test against England in 2017 during the Women’s Ashes in Sydney. Both teams last played a Test in Adelaide in 2006 when Australia won. Jhulan Goswami is one of the two survivors in that Test along with Mithali Raj.