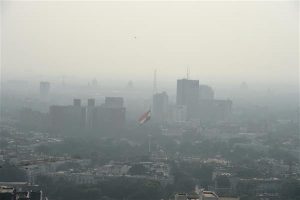 According to data from the Air Quality and Pollution City Tracking Service iqair, A climate group based in Switzerland, Delhi, Kolkata and Mumbai It is one of the top ten most polluted cities in the world. Delhi Tops the list with AQI at 556, Kolkata And Mumbai Recorded AQI of 177 and 169, respectively, but fourth and sixth Post. The cities with the worst AQI index include Lahore in Pakistan and Chengdu in China.

Here are the ten cities with the worst air quality indicators and pollution rankings according to IQAir: