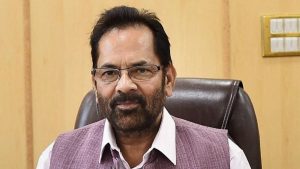 Both Goyal and Naqvi have their work cut out for them. He has to handle the opposition in the Upper House and ensure that the proceedings of the House are conducted smoothly to allow the passage of bills.