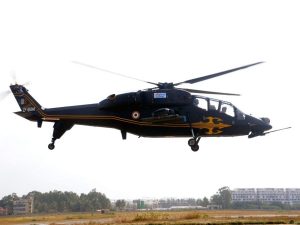 Prime minister Narendra Modi handed over to indigenous Light Combat Helicopter (LCH), developed by Hindustan Aeronautics Limited, Indian Air Force Chief Marshal Vivek Ram Chaudhari. The induction of advanced technologies and stealth features for effective combat roles in Light Combat Helicopters is expected to boost India’s ability to remain self-reliant. LCH is the only attack helicopter that can take off and take off at an altitude of 5,000 square meters With a considerable load of weapons and fuel.

PM will also hand over ‘Made in India’ drone For the Indian Army which will be using them for various needs across the country. PM Modi will hand over the designs for the Navy to DRDO Advanced Electronic Warfare Suite for Naval Ships Including for the Indian aircraft carrier Vikrant.