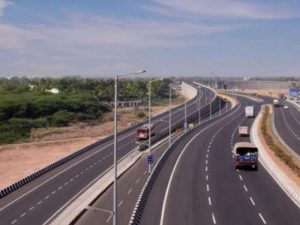 Prime minister Narendra Modi has inaugurated 341-km long Purvanchal Express In Sultanpur district, Uttar Pradesh. The expressway connects the state capital Lucknow with Ghazipur and has been constructed at an estimated cost of Rs. 22,500 crores. PM Modi landed at Purvanchal Expressway airstrip in a military transport aircraft. The major feature of the expressway is the 3.2 km long runway for landing and take-off of fighter jets of the Indian Air Force in case of emergency.