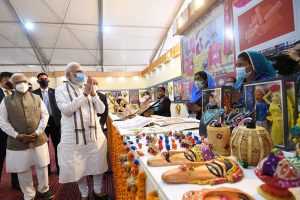 The Government of India decided to observe 15 November every year as ‘Tribal Pride Day’ or ‘Tribal Pride Day’ from 2021 onwards. Modi mentioned his long association with the tribal society. He was praised for the richness of his spiritual and cultural life and said that there is a life lesson in every cultural aspect of the tribal including songs and dances and that they have much to teach.