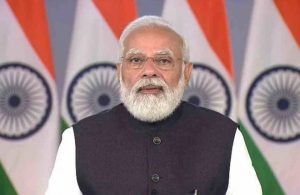 Prime minister Narendra Modi Dedicated to the nation in various development projects Mahoba and the Jhansi district of Uttar Pradesh. In Mahoba, the Prime Minister inaugurated several projects with a cumulative cost of more than Rupee. 3250 crore, With regard to solving the problem of water scarcity in the area. These projects include Arjun Sahayak Project, Ratauli Weir Project, Bhaoni Dam Project and Majhgaon–Chilli Sprinkler Project.

Key points of the tour: