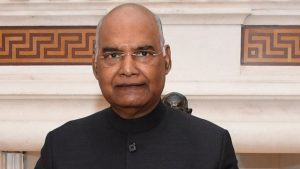 President of India Shri Ram Nath Kovind addressed to 51st Conference of Governors And lieutenant governors Rashtrapati Bhavan in New Delhi. this is fourth President Ram Nath Kovind will preside over the conference. Governors and Lt Governors of all states and union territories across the country participated in the conference along with Prime Minister Narendra Modi, Vice President Venkaiah Naidu and Union Home Minister Amit Shah.

In the opening speech:

Some facts about the conference: