VVS Laxman to take over as the next National Cricket Academy 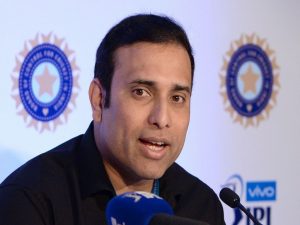 Board of Control for Cricket in India (BCCI) President, Sourav Ganguly has confirmed that the former India batsman VVS Laxman will be the next head of National Cricket Academy (NCA). Laxman Will take over from his former batting colleague Rahul Dravid, Who was recently appointed as the head coach of the Indian team after Ravi Shastri’s tenure ended.